On yellowbluepink, an installation by Ann Veronica Janssens at the Wellcome Collection, London

“Whatever you do, don’t put anything on the floor,” said the wide-eyed, animated attendant at the entrance to yellowbluepink, “and don’t at any point sit down on the floor. You can barely see your hands in front of your face, so people will fall over.”

Those are the last words you hear before stepping through thick air-locked double doors into the haze of Ann Veronica Janssens’ dense, disorienting and ultimately beautiful work at the Wellcome Collection. This ostensibly simple piece does nothing less than invite rumination on what constitutes awareness and consciousness, the limitations of perception and even the nature of selfhood. An immersion in yellowbluepink is to consider that identity is not defined by sensory experience, and in this way it is a revelation – particularly when one is in far from such an ethereal mood prior to entering, having stepped into the Wellcome off the roaring Charing Cross Road.

Once through the doors one is immediately adrift amid multi-coloured mist, or vapour, that changes hue according to the glare of different lights above. Your feet become invisible, and indeed your hands can only dimly be seen at arm’s length. A limited number of people can be in this room (which is, roughly, 10 x 10 metres) at a time, ensuring that bumping into another person is an occasional, rather than constant, hazard.

Initially, the impact is unnerving to the point of nausea. My first reflection was how completely alien and artificial this environment is – there is no comparison for such a shroud of colour in the ‘real’, waking world. When you are completely deprived of sight – say in pitch darkness or blindfolded – you are usually faced with only pure blackness. To be blinded by such a kaleidoscopic fog is, for most of us, firmly outside the realm of recognisable experience, and it is a brave visitor who does not stumble immediately to the anchor of the whitewashed walls.

As the senses adjust, however, one gains confidence in moving about. It was only after I had fingered my way around the entire room’s walls that I ventured out into the middle, and thus understood the full effect of yellowbluepink. The mist, dry and odourless, is overwhelming, forcing the ultimate surrender of your senses and the relinquishing of control and agency. The result is a feeling of disembodied consciousness, unencumbered by space, time and interaction with objects or people. In the accompanying notes for the installation, scientist Anil Seth writes, “By stripping away many of the features that permeate our normal conscious lives, the raw fact of experiencing is given renewed emphasis.”

Though not specifically positioning itself as such, yellowbluepink’s theme is that most in-vogue of concepts, ‘mindfulness’, and exploring this peaceful, unadorned space perhaps represents a kind of meditation. When you cannot perceive anything beyond the changing glow of a multi-coloured mist, you are forced inexorably inward, if only for a short time. There are of course distractions still, such as colliding with others; this is inevitable, with apologies and ‘witty’ small talk between strangers ensuing. Even in this unworldly space, the demands of social etiquette are met.

The Wellcome Collection installed this work from British-born, Belgian-based sculptor Janssens as part of a wider, ongoing series of exhibitions addressing consciousness and mind. Janssens’ participation comes on the back of decades creating works exploring these themes, many of which are comparable with yellowbluepink. Her Blue, Red and Yellow (2001), in particular, now seems an early prototype for this latest creation. Installed in an outdoor ‘pavilion’ in Berlin, again coloured mist was employed as, Janssens herself stated, “the spectator advances in a dematerialised colour abstraction”[i].

A critical body of work on Janssens has grown steadily in the past decade, including some examination of her potential philosophical forebears. Hippocrates and Descartes are alluded to in Seth’s accompanying text, while Deleuze and Guattari’s “Body Without Organs” theory (put forward in Capitalism and Schizophrenia, 1987) is certainly relevant to Janssens – the impossible striving towards a state beyond distinction between subject and object, or “immanence” as the two philosophers put it, devoid of social and psychological conditioning. It is an unattainable ideal, and Janssens’ work, with its limitations and distractions in the form of walls and other people, is cognisant of this even as it attempts to help the visitor towards experiencing this body without organs, or “deterritorialisation” as Deleuze and Guattari have it.

Immanuel Kant’s labyrinthine concept of “Transcendental Aesthetic” (Critique of Pure Reason, 1781) can also be wrestled with in relation to Janssens – the notion of separating sensation from understanding, and the question of whether space and time, the very things that yellowbluepink toys with, exist outside of the individual’s awareness of them. In yellowbluepink, one’s instinctive, or ‘a priori’ sense of space and time is blurred and undermined in the absence of reference points and locaters. Like Kant, Janssens, by immersing us in her dazzling mist, posits the distinction between the observable and tangible and the transcendent or ‘essential’ – a plateau of consciousness outside of frameworks we use to systemise and perceive reality, such as space and time.

Of course, sensory deprivation, specifically using coloured light, is nothing new in modern art installation. James Turrell (the subject of a retrospective exhibition at the National Gallery of Australia in 2015) is an obvious influence on Janssens, though Turrell’s installations are often more complex physically and incorporate shapes, compared with yellowbluepink’s more or less complete abstraction.

Closer to home, Sydney played host to Carlos Cruz-Diez’s Chromosaturation as part of the MCA’s Light Show exhibition in 2015. Again, one’s perception is skewed by what Cruz-Diez calls “colour as a material or physical situation”[ii], as the spectator moves through three ‘chambers’, each drenched in a different colour of light that transforms the hue of skin and clothes. Chromosaturation, which was spawned in the 1960s and has been presented in multiple incarnations since then, is an obvious point of comparison for yellowbluepink and possibly an important influence.

Chromosaturation is designed to sharply jolt the visitor into disoriented states. Janssens’ installation offers a more gentle, even compassionate, immersion into a psychological space where the potentially confronting question of existence without material guidance can be asked. The serenity of yellowbluepink is one of its most attractive qualities.

Miroslaw Balka’s disquieting How It Is, at the Tate Modern in 2009/10, also comes to mind, in which one entered a cavernous container in the Turbine Hall to be met with total darkness. However, Balka’s work, with its echoes of the holocaust, was designed more to disturb, to frighten, than offer particular epistemological insight, as Janssens’ might do.

Another piece that uses sensory deprivation to represent something violent and nefarious is David Hammons’ Concerto in Black and Blue (2001). This installation saw all the rooms in a New York gallery similarly reduced to darkness; torches were available for visitors to explore the empty spaces. Consensus among critics was that Hammons, long regarded as a provocateur, had produced a work about slavery and race.

Balka and Hammons, then, look to sensory deprivation to make a political point. So is Janssens and yellowbluepink political in a way too? It so happens that there is an entire book devoted to the subject: Endless Andness: The Politics of Abstraction According to Ann Veronica Janssens by Mieke Bal. A tome that represents essential reading for anyone seeking a more profound understanding of Janssens’ Wellcome installation and her wider oeuvre, Bal sees Janssens’ work as proof that “the debate on how to gain knowledge is not over”. Among the book’s most innovative ideas is that abstract sculpture such as yellowbluepink offers a sense of “empowerment” and equanimity to those affected by the “migratory condition that characterises contemporary experience”. The disembodying immersion in abstraction of yellowbluepink can offer a domain where the rootless and the disenfranchised are extricated from the conditions that make them so. The installation is nothing if not a great social equaliser, and the individual that experiences the blinding mist in this small room can take the political interpretation as far as they wish, to address issues of refugees, race, colonialism, inequality and more.

yellowbluepink is a viscerally confronting and, if one embraces its context, intellectually invigorating addition to Janssens’ body of work. Its ephemeral magic, however, is easily disturbed. After thirty minutes I decided to leave. On my way out a janitor emerged from the mist directly in front of me – he was fixing something or other in the room, and apologised in a strong Eastern European accent. Then I duly stumbled over a backpack someone had left on the floor; my hands broke my fall as I hit the ground and I immediately recalled the attendant’s warning. It hurt – I was back in my body. 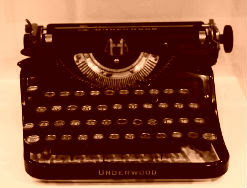 Hello, I am a northern NSW-based music and arts journalist. This blog is meant to supplement and complement my website, at www.barnaby-smith.moonfruit.com, where anyone can discover more. You can send me a message at abm.smith [at] gmail.com